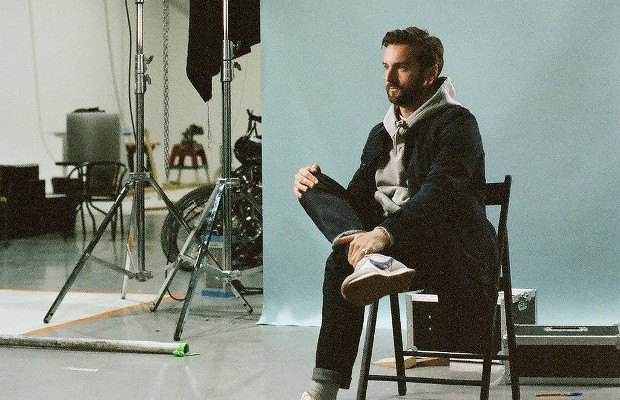 Born and raised in Stockport, Manchester, Watts is a sincere, thoughtful and natural film maker with an instinctive desire to celebrate the beauty of normality.

Kate Taylor describes CharlieWatts as “An uncut gem. He’s got this uncanny ability to unearth a sensitive story, and with limited resources, to tell it with a level of empathy and cinematic sensibility that you’d expect from a director with many more years and resources to draw from. It’s important to us at Rogue that we can develop talent as exciting as Charlie’s. There are many young film-makers out there that make things that look good. Charlie’s reel made us feel good, and we can’t wait to share that.”

His recent film for Copa 90 and the mental health charity MIND, “Sunday”, about how grassroots Sunday League football can be a vital lifeline for many and it ‘Only takes one message to start a conversation’. It’s a beautifully shot and heartfelt depiction of how regular people have been affected by the intense isolation of lockdown. On seeing the five-star film as Pick of the day on DAVID REVIEWS, Charlie Roberson was struck by the vulnerability that Watts conveys so effortlessly without being emotionally exploitative. Clearly, authenticity is what drives this film-maker’s desire to tell human, because, as Roberson says, “You find once you meet him, that he lives and breathes the soul of this style of film making and will instinctively find that authenticity that is so elusive to others.”

James Howland saw something straight away: “Charlie represents something we were really looking for in our talent roster moving forward. Where there are challenges, he sees opportunity. More than that, he is a brave filmmaker, uncovering stories that don’t readily sit on the surface and present themselves to us.”

After graduating with a Media degree, Watts spent the next 2 years working every job from a (self-confessed) terrible sales advisor in PC World to a (self-proclaimed) great bartender to finally an editor at McCann Manchester where he got to really learn about the industry and home in what inspired him most. Throughout it all he never stopped making ‘stuff’ in his spare time, running around town with his camera, capturing the mundane in all its glory.  Whether it was photography, short films or music videos – “because it was fun, and that was enough for me.”

Truth be told, he is undeniably gifted. But this can-do attitude, extraordinary ability to immerse himself into situations and cultures that most film makers would run a mile from, allied to a dogged hard-working spirit and genuine likability have allowed Charlie to explore his curiosity in the unheard voices that inspire so much of his work. His deep understanding and respect for the poetry of the British aesthetic have seen him shooting campaigns for Fifa, Reebok Classic , BBC, BT Sport, Copa 90 and Umbro as well as powerful short films, charity films and music videos.

The rich text element allows you to create and format headings, paragraphs, blockquotes, images, and video all in one place instead of having to add and format them individually. Just double-click and easily create content.

How to customize formatting for each rich text

Headings, paragraphs, blockquotes, figures, images, and figure captions can all be styled after a class is added to the rich text element using the "When inside of" nested selector system.